The service from the Vixen team was great! The YouTube videos were also a great help when I was setting up and running the machine. 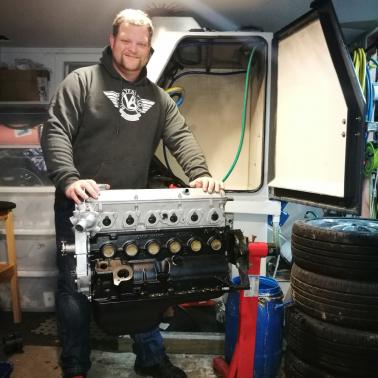 Vapour Blasting New Zealand, specialise in the cleaning, deburring and restoration of a variety of components.

The main market that they provide these services to is the automotive industry. The process they carry out consists of removing oxidation, coatings and surface contaminants using the Vixen Aquablast machine. They have also processed a number of other items such as brass castings and window fixings.

After purchasing the Aquablast, Brent from Vapour Blasting New Zealand, was extremely happy with the results he was able to achieve and the quality of the machine he received from Vixen.

Brent from New Zealand first came into contact with Vixen Surface Treatments Ltd via their website when he originally enquired about purchasing a new machine. Brent purchased the Aquablast 915 which is the most compact model in the range, but features the same technology and components used in the larger models. Although it is the smallest in the range the power output and performance of the 915 is the same as the larger models.

Brent spoke with Vixen's exports manager about his purchase and said:

“There are many benefits of purchasing the Aquablast 915, it is designed well using stainless steel, and the internal rubber lining not only protects the walls, but it reduces the external noise by a considerable amount.”

“The vapour blasting process has many advantages for us over dry media blasting. The dry blasting machines strip the surface, removing the top layer which isn’t what we were looking to achieve. The wet blasting process however removed the contaminants and thoroughly cleaned the parts without damaging the component.”

He then went on to say:

“The service from the Vixen team was great! The new YouTube videos were also a great help when I was setting up and running the machine.”